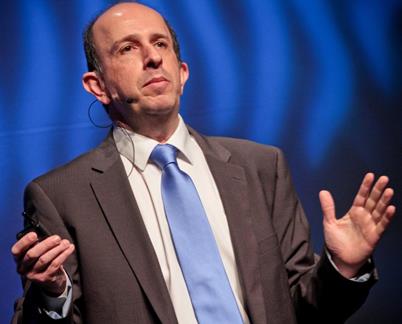 DANIEL SILKE – HOW TO SURVIVE JUNK

Businesses will survive junk status, and will even continue to thrive, if they carry on innovating and providing outstanding services and products.
However, they will need to streamline further, doing more with fewer workers, using automation and even moving into the era of artificial intelligence.
This is the advice that respected political and economic commentator Daniel Silke gave the Dolphin Bay Brief last week, following the economic and political tumult that resulted from President Jacob Zuma’s sacking of Finance Minister Pravin Gordhan and his deputy Mcebisi Jonas.
Daniel added that consumer confidence would continue to drift downwards in the coming months, but that businesses should not despair. “We have 55 million people requiring goods and services. Business can continue to thrive within a volatile political environment.”
South Africa is at a crossroads, Daniel said. Two forces, almost equally strong, are at loggerheads within the ruling party. “The outcome will determine the future of the ANC and of governance in South Africa.”
Zuma has clearly been weakened by the Cabinet reshuffle. “We subsequently saw two out of three of the alliance partners, COSATU and the SACP – the lesser of the three partners, but nevertheless two out of three – calling on him to resign, as have other institutions. Jacob Zuma’s strength is being whittled away,” Daniel said.
Neither protests, nor a vote of no-confidence, would have much effect on removing Zuma, he predicted. “The ANC will probably kick for touch, preserving Zuma’s presidency until the elective conference at the end of the year, where there is a more natural opportunity for change.”
In the eight months until then, the party’s leadership will continue papering over the cracks. “The party will not want to be dictated to by the opposition, and I don’t think a vote of no confidence has any chance of succeeding, because MPs are dependent on party bosses. If they don’t comply, they get removed from office. For many of our MPs politics is a career.  They have become party apparatchiks – with nothing else to fall back upon.”
Change will occur “not through protest movements, but through the ballot box.”
Fears of a Zuma dictatorship were overdone, he believes. “Any further attempt at centralising Zuma’s power will weaken him further. Any further attack on civil liberties would be an immediate signal for an implosion within the ANC.”
Bertus noted that Daniel’s analysis implied two paths are possible. In the first, best-outcome scenario, government could work with business, to ensure that business created increasing numbers of jobs, and that education system and workers’ skills levels improved. This would benefit both businesses and society.
In the other scenario, which has recently become the case, government takes bad economic decisions and businesses go into survival mode, which will include shedding jobs, rather than focusing on the good of the country.
“This is extremely regrettable, but this is what will now happen until our politics and economics shifts,” said Bertus.