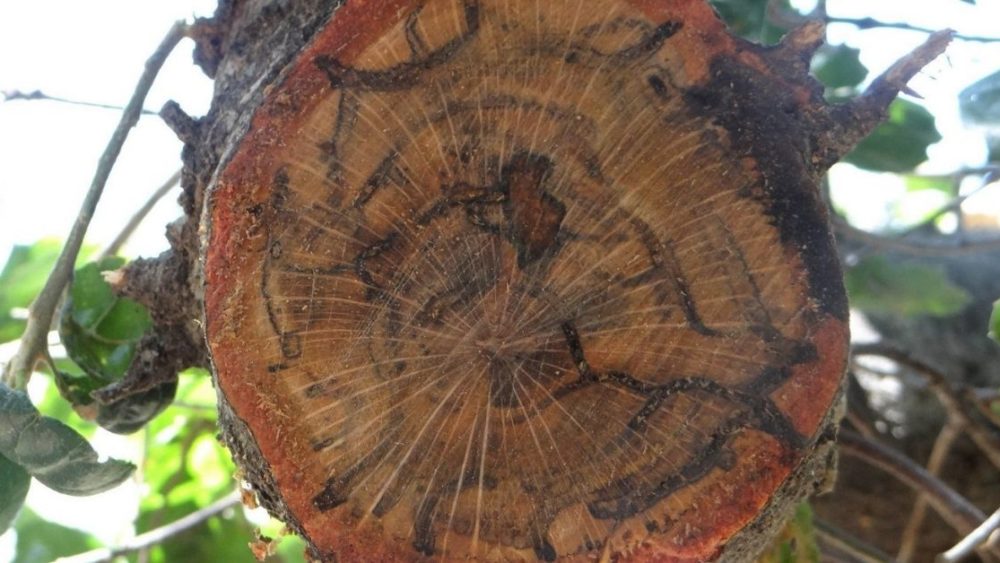 Scientists and foresters are keeping their eyes peeled for evidence of the destructive polyphagous shot hole borer (PSHB) in plantations.

The beetle has been spotted on one eucalyptus tree in Sandton and a few roadside wattles in the Southern Cape, but on no other forestry species in South Africa.

“There is certainly concern about its effect on plantations, although there is no evidence of the impact yet,” said Professor Wilhelm de Beer of the Forestry and Agricultural Biotechnology Institute (FABI) at the University of Pretoria. “We need to carefully monitor the situation and are working with the forestry industry, which is continuously monitoring its plantations.

“Our biggest concern is the indigenous forests. We are seeing the borer in more and more indigenous species.”

To scientists’ great concern, it has moved from some cities into many species of indigenous tree in nearby forests.

The borer is from South-East Asia and has no natural predators in South Africa. It is known to have migrated only to South Africa, Israel and California, where it was found in a few pine trees and caused a native willow species to be entirely removed from a river valley.

In South Africa it is having a devastating impact on tree species including the oak, plane and box elder in Johannesburg, Durban, Bloemfontein, Pietermaritzburg, Knysna and George. To scientists’ great concern, it has moved from some of these cities into many species of indigenous tree in nearby forests.

The Tree Protection Co-operative Programme, a co-operative research project between the University of Pretoria and private forestry companies, focuses on all pest and pathogen problems facing forestry plantations. The programme has grown to become internationally recognised as the strongest in the world in dealing with such challenges. Researchers from the programme continuously monitor forestry trees and are incorporating surveillance for the shot hole borer into their work.

A network of 18 academics from eight universities, called the PSHB Research Network, is investigating the beetle’s impact on avocado, macadamia and pecan nut trees, some other fruit crops, natural forests, urban forests and plantations.

The shot hole borer tries to make its home in many trees species but leaves most of them untouched. It is generally indiscriminate, as it does not eat timber but feeds on a fungus that it introduces into its host tree. It is the fungus, which grows in tunnels made by the borer, that kills the tree.

Affected trees develop wilted brown leaves on infested branches. The most obvious sign of an infestation is branches with brown stains around each hole where the borer has penetrated the tree.

Treatment of affected trees is extremely challenging. The entire tree must be removed and carefully disposed of, as the beetles can emerge and fly away to infest other trees.

The Department of Agriculture, Forestry and Fisheries is in the process of declaring the beetle an invasive pest, which will allow emergency registration of chemical treatments.