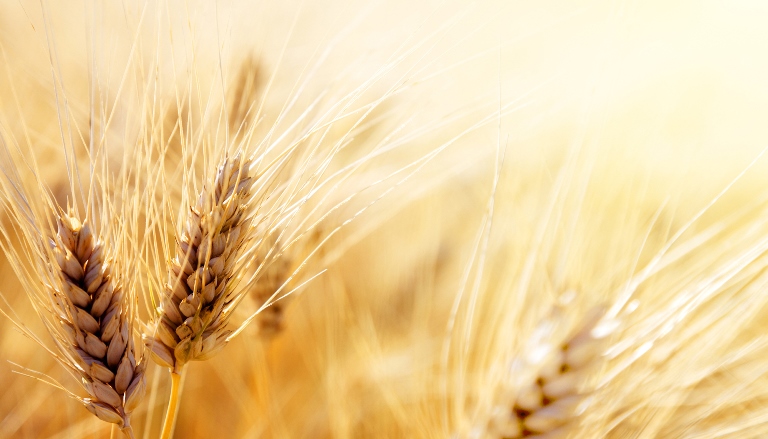 THE YEAR IN REVIEW

This year has been a challenging one for all of us. Nonetheless, we have seen increasing innovation within our industry, along with several positive developments that are leap-frogging the sector into an era of far greater sustainability.

In this story, we will give a bird’s-eye view of developments within the industry overall, then by region, and finally within our own company.

We have previously sought the perspective of highly regarded economists and industry commentators for our newsletter stories. However, we also realise that we have a wealth of knowledge closer at hand: the experience of our own sales representatives, who spend their working hours liaising with the industry, across the continent, to understand the challenges they face and to help find solutions.

Our team has found that geographical location, and innovation, were the strongest determinants of how companies have fared this year, as this story will reveal. But first, we cast our eye back on noteworthy developments for the industry overall.

In major news for East Africa, and after months of intense work with the industry, the Tanzania Electric Supply Company (Tanesco) recently published new specifications based on international standards. This has laid the foundation for establishing a strong and sustainable wood treatment sector in the country, and is likely to have an influence throughout East Africa. Tanzania’s electrification programme has long held the promise of massive opportunity, but premature pole failures, due largely to inadequate treatment, have been a serious threat to the industry.

In South Africa and the other countries where we operate, many of our clients have grown and/or streamlined their operations this year. We were excited to note that Dolphin Bay’s technical support was able to make a material difference to our customers’ operations and, for some, this resulted in significant financial savings, coupled with increased production. We can only say thank you to our customers for placing their trust in us.

In partnership with Holland and Associates, we have rolled out environmental audits for many of our clients, and we are excited to these see companies implementing the solutions that Ross Holland advised. “It is a sign of maturity within our industry that treaters are seeing these steps as a help to their business, while also being conscious of their environmental footprint,” observes Bertus.

Companies are showing a growing interest in our Quality Pledge, a commitment to sustainability in every aspect of a treater’s operations. Some have signed, while others are working on elements of the Pledge most urgent for their business. We have launched a website, www.qualitypledge.co.za, to give you all the information you might need about this initiative.

Now for a look at the market from our representatives’ perspectives:

In the eastern parts of South Africa, 2017 was a tough year, observes Mark Duckham. “Margins have been tight and companies have had to innovate and go the extra mile to keep their markets,” Mark says.

“In the structural timber market, companies have been struggling to make ends meet. Big building projects just haven’t been happening. Evidently, there is no confidence in the market, so people are scared to spend lots of money. Companies have had to cut back on labour and get their remaining staff to do more. Interestingly, there is still a greater demand for building and fencing poles, so the pole market hasn’t been quite as affected.”

However, the situation has not been as dire as during the 2007/2008 credit crunch, Mark says. “Lots of guys are saying they are feeling optimistic about next year, and are determined to ‘vasbyt.’”

Braam Rust, our representative for the western part of the country, says all customers have reported being hit by the recession, many adding that their order books have not been full. Smaller treaters have been the worst affected “but have been thinking out of the box to keep going, and have even been growing as a result.”

“To me, that has been just amazing,” he says. “To work with companies like this is a boost for all of us in the industry. We want customers to know how we appreciate their input to us, too. We can’t do anything to help unless we know what their needs are.

“With one another’s help, we can do quite well.”

Larger companies have remained stable and even seen growth, he says. The drought does not seem to have affected business much but is still an area of concern.

The demand for structural timber was strong this year, showing that residential developments are continuing.

Conditions have been tough in the northern part of the country, reports Darren Marillier. Companies have not had renewed orders from abroad, placing the local market – already hit by the recession – under even greater pressure. Meanwhile, the local market for building and fencing poles has shrunk, due to diminishing orders from farmers and game reserves. While the shadecloth market remains healthy, it has become hugely competitive.

Customers in the northern part of the country are reporting that the problem of “twilight” or illegal traders, who run dipping operations in makeshift plants in the bush and sell cut-price poles, is “getting out of hand”, reports Darren. Rural buyers, who typically run hardware stores in small villages, do not understand they are buying and selling a poor product.

The problem is also experienced in the eastern regions of the country, although some of Mark’s clients have been educating their own customers about the poor quality of these treaters’ poles, which has helped dampen the demand, he says.

In East Africa, the industry relies heavily on funding from governments and international aid agencies. Unfortunately, funding is not allocated quickly. However, the base for strong growth has been laid and prospects for 2018 look very good. In Tanzania, the two-year-old government has pledged to get rid of corruption and is taking promising measures. The new standards for the industry bode well for reputable suppliers. “The focus in 2017 has been on building this base,” Darren says. “There have been no fireworks commercially, but the industry is set to benefit from the hard work done in 2017.”

In Uganda, the market has been quiet for two years, but has just turned the corner, Darren observes. Contracts signed over a year ago for several of the country’s own Rural Electrification Agency, (REA) projects are now under way, creating demand for healthy volumes of treated poles.

Fortunately, our team reported that the recession has not caused any businesses to close.

In a previous newsletter, we quoted economist Daniel Silke as saying that companies that continued to streamline and innovate would survive, and even thrive, despite the “junk” status of our economy. For many companies within our industry, this has been true.

“This year has passed amazingly quickly and has been a good year for Dolphin Bay, although we have had to make many sacrifices, for the benefit of the industry and ourselves, to ensure our sustainability,” says Bertus.

“It has been a year of changes and ongoing innovations to ensure our growth, and every facet of our work has been geared towards better service. We are very happy that this year, we feel that we have really won the trust of the industry, as feedback from our customers is showing – a trust that we value enormously, as it is the true building blocks for our business.”

Our staff have taken our theme for the year to heart, Bertus says. This theme is that our thoughts are tremendously powerful, shaping our behaviour and realities, as research by physicists into the Higgs Boson has shown. We discussed this in a previous newsletter.

“The implication is that positive, solutions-driven thought is crucial for any business to thrive, especially in the challenging era we’re now living in,” says Bertus. “We are moving into a new phase in our business, in which each staff member takes complete responsibility for their area of expertise. We are excited about the positive effects for the future, and believe customers are sharing our excitement.”