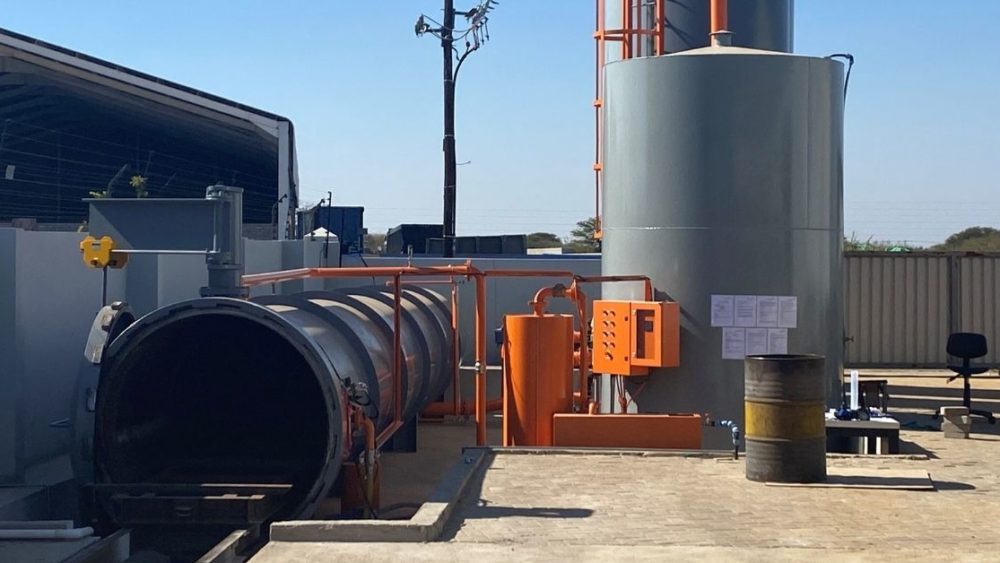 Mention the company Tlhomeso Timbers in Botswana, and most businesspeople will know who you’re talking about.

They are also likely to react positively, as Tlhomeso has gained a reputation for producing high-quality treated timber for Botswana’s fast-growing construction sector.

The company is a new client for Dolphin Bay and looks forward to working through Dolphin Bay’s Quality Pledge to ensure that it continues to do all it can to satisfy its own clients, said Tlhomeso manager Melvin van Os.

Operating on the outskirts of Gaborone, Tlhomeso is part of the Tocotex group founded by Melvin’s father Cor van Os, which manufactures and installs roofing. The company previously imported CCA-treated timber from South Africa but recently opted to treat its own timber and, earlier this year, installed its own timber treatment plant.

“We bought a plant from SpecPipe Construction, then Dolphin Bay did the commissioning and trained our operators,” said Melvin. “At the time, we didn’t know that Dolphin Bay could also provide for our treatment plant needs, or we would have come to them for this too.

“We chose Dolphin Bay because they are the best.”

“We chose Dolphin Bay because they are the best. The commissioning and training were quick and went very well. Dolphin Bay came in on the Monday, by Thursday we had treated our first few loads, and by Friday figured out our optimal concentrations.

“Dolphin Bay set us in the right direction.”

Said Dolphin Bay’s Darren Marillier: “Tlhomeso has been in business in Botswana for many years and is well-respected in the construction sector, producing good-quality products. I enjoyed working with Tlhomeso – their sites are very well-organised, and they treat timber to a very high standard.”

Bertus explained that SpecPipe produces excellent plants but does not take a customer’s operational requirements into account, while Dolphin Bay takes a broader view of operations. Dolphin Bay often works with SpecPipe, drawing up plans for plants that SpecPipe then builds. “We form a very good team. If treaters go through Dolphin Bay, they get a fit-for-purpose timber treatment plant.”

Botswana is widely regarded as one of the world’s development successes and has experienced strong and stable economic growth since independence in 1966, although the Covid-19 pandemic has led to a contraction of its usually buoyant GDP.

The World Bank writes that “significant mineral (diamond) wealth, good governance, prudent economic management and a relatively small population of slightly more than two million, have made it an upper-middle-income country with a transformation agenda, and the likelihood of becoming a high-income country by 2036.”