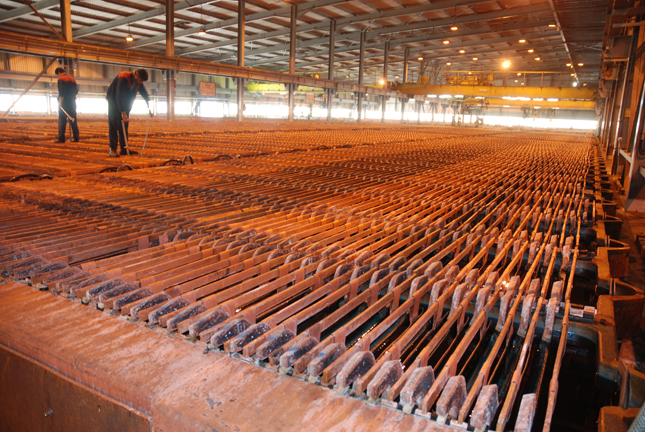 INSIGHT INTO THE COPPER PRICE

The price of CCA is driven by the exchange rate and cost of the commodities it contains. Copper is a key element in the manufacturing of CCA, and its price has risen by up to 22% this year, augmenting a long-term trend.

What is causing the rise in the copper price, and can we forecast the future? The Dolphin Bay Brief consulted an expert to find out.

“Copper is a strong indicator of global industrial activity and we anticipated there would be a deficit in 2018 or 2019…”
Tim Clarke, head of mining research, Standard Bank Group Securities

Tim Clark, head of mining research at Standard Bank Group Securities, said the costs of all commodities, copper included, have risen sharply this year, driven by stronger global growth than expected and thus stronger demand. Chinese steel demand (a proxy for commodity demand) has grown by 7% this year, and the world demand by 3% to 4%.

To give a broader context, Tim said that China, which imported very low volumes of commodities in the year 2000, is now using 50% to 60% of the world’s demand for commodities, and 30% to 40% of the copper demand.

“Copper is a strong indicator of global industrial activity, and we anticipated there would be a deficit in 2018 or 2019 but it happened this year, given the stronger demand,” he said.

The fast-growing renewable energy sector, which uses large amounts of copper, has helped to fuel the growing demand for the base metal, as has the broader telephony and IT industry, Tim said. There is also “lots of talk” about a huge anticipated growth in electric vehicle production.

“I have no doubt that by 2025 or 2030, electric vehicles will have a major global impact on the copper market and the copper price,” he said.

A World Bank quarterly report found that the copper price had risen by 12% this last quarter alone, due to expectations that shortages in supply would continue. These shortages were the result of several factors. Earlier this year, copper production slowed down in Chile and Peru, where large proportions of the world’s copper supply are mined, due to strikes and bad weather. In addition, exports from Indonesia’s Grasberg mine, the world’s second-largest copper mine, were limited because of export restrictions and labour protests.

Some commentators perceive speculation as a driver of commodity prices. Tim said that in his view speculation plays a short-term role, causing much of the volatility of the copper price. This occurs as speculators add buying impetus to a commodity, and the increased demand causes prices to rise. Speculators also store their commodities in warehouses, waiting for an anticipated higher price before selling them, further limiting supply.

However, global demand, rather than speculation, is the major force behind the ongoing rising prices of commodities, Tim believes.

“My sense is that in the long run the market moves to where the demand is, and the effect of speculation is neutralised.”

The upward curve of the copper price over time looks likely to continue, due to several factors. While there is plenty of copper available to be mined, the management and boards of mining companies have become wary of large-scale new investment in their mines, as in many cases this has not resulted in a return for capital over the last decade. This result is that underinvestment is likely to continue in the short to medium term, to a large degree, and the commodity market should remain bullish.

If the Chinese economy slows down for a short while, or the much-anticipated recession in the United States occurs, as many commentators are anticipating for the year 2019, this could cause the demand for commodities to cool off and prices to sink.

“But it is very hard to predict the near term future; effectively, this would be making a call on the Chinese economy and those of the OECD countries,” said Tim. “And predicting the short term future of commodity markets has not historically been effective by analysts, corporates or consultants in the industry.

“What we can say is that over the very long term of 20 or 30 years, rising numbers of people will be urbanised and become middle-income earners, which will further drive up the price of commodities as mines need to be replaced at higher cost.

“The exchange rate has also affected the price we are paying for copper,” said Bertus. “Dolphin Bay was able to take advantage of the slightly improved value of the Rand through the year. However, the gains made at the time have since been wiped out by the higher price we are paying for the Dollar, not just due to the strengthening of the Dollar but also to domestic political problems. This has left us fully exposed to an increase in commodity prices, especially that of copper.

“Of course this is of concern to us, and we will continue keeping an eye on the exchange rate and commodity prices. We are in the process of discussions with customers about this, and will continue to keep you updated.”