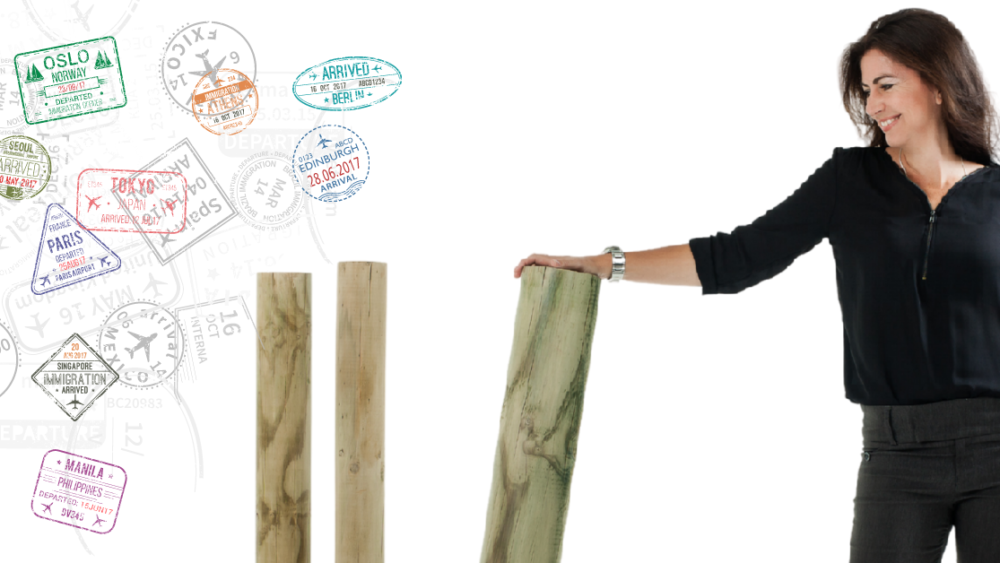 THROUGH THE EYES OF A POLE

We’re a tough lot, us CCA-treated poles. Treat us right and we’ll withstand pretty extreme conditions. But hot lava churning out of a volcano is too much, even for us.

I’m the showpiece pole at the Dolphin Bay factory – the great-granddaddy of a vast family – and the best part of my day is when a postcard from one of my far-flung relatives comes dropping at my feet.

But when I got that card from my cousin a few months ago saying he was on a tropical island gazing up in admiration at a dormant volcano, and he wished I was there too, I got the shivers. I’d just heard on the news that that volcano wasn’t dormant at all. It had erupted. My cousin was toast.

Sad, but we’re a philosophical bunch. It comes with all the travelling. There are few corners of the earth we haven’t reached and, given all this adventure, there’s no telling how comfortable we’ll end up being.

Take all those poles holding up electricity lines, helping children to study more easily at night and allowing people across Africa to grow their businesses. Feet in the earth, their heads held high – those poles are the ones I’m the most proud to call family; in fact, I get quite teary when I think about them all. They don’t have mobile phones and are too far from a post-box to communicate, so I don’t hear from them often, but I hear through the grapevine that their hearts remain valiant, and they keep me standing tall too.

“I got the shivers. I had just heard that the volcano my cousin was gazing at, had erupted.”

Many of us are sitting pretty. A whole branch of my family is holding up structures for a prince in a faraway land – no volcanoes for them. A smaller branch of the family was used at the sprawling homestead of a former South African statesman. He’s in jail, but the poles don’t seem in any immediate danger.

More good news is that our sense of fun is growing. The postcards from my most joyful family members are from those used in playgrounds, where countless children climb, jump, and laugh all day. There are more and more of these playgrounds being built all the time. I get quite a boost just thinking about it.

Then there is another group of relatives, the sawn timber family used for boardwalks and roof trusses. Those trusses hear the secret whisperings and not-so-secret arguments of humans, day in and day out, in the millions of homes they support. Thankfully, they get a little rest from all the words when those humans finally fall asleep at night.

How I wish my structural timber children would communicate with me more often. It might know more about how humans think. It’s always helpful to understand those in power.

Well, it’s an interesting life. I’m glad I’ve got all these days and years to sit still and digest all the stories that come my way in the postcards, on the news and from the humans discussing business in the corridors of Dolphin Bay.

After all, somebody needs to keep a record of the adventures of my family, and to reflect on the real meaning of life.