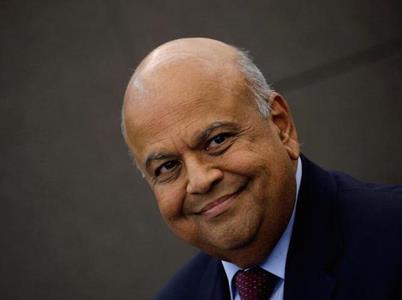 Finance Minister Pravin Gordhan has praised the business leaders of the CEO Initiative as “innovators” who have demonstrated that it is possible for business, labour and government to work together on key projects.
The trust established between the three parties last year will be the foundation for continued efforts to address key challenges that South Africa faced in 2017, he said.
The minister was speaking at the CEO Initiative Meeting on January 30. Dolphin Bay is a member of the National Business Initiative, the secretariat to the CEO Initiative which, as part of Team SA, worked to avert our economy being downgraded to junk status last year, and to promote international investor confidence.
The downgrade was averted, despite the ratings agencies having given it a likelihood of over 50%, and financial markets have not been pricing in the prospect of a downgrade for this financial year, although the risk remains.
Dolphin Bay is proud of and encouraged by the work of the NBI and the proactive stance that business leaders are taking to safeguard our economy and, with it, businesses and countless jobs.
While the economic volatility of last year has calmed down slightly, the CEO Initiative is continuing its hard work to safeguard and even expand the South African economy.
At the meeting, Mr Gordhan described an unpredictable and uncertain international landscape in which there was low economic growth, and where the full effects of BREXIT and Donald Trump’s presidency in the US were not yet known.
However, he pointed out that South Africa is seen as the most stable of emerging markets.
The Convenor of the CEO Initiative, business leader Jabu Mabuza, said that 2017 would be a tough year. The focus of the CEO Initiative should be to retain our economy’s current ratings status, and to improve upon it. When South Africans pull together, great things can be achieved, and collaboration will ensure that we prevail, he said.
“It’s about not giving up – this is the spirit of the NBI,” said the NBI Head of Membership and Communications, Gillian Hutchings. “It’s about being change agents, and points of inspiration.“It is not only business leaders who can make a difference to our society. Every one of us has a powerful role to play. The question is, ‘Am I in, or am I out?’”