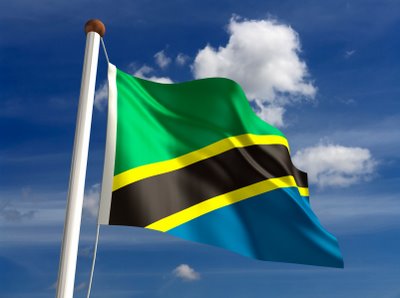 Working together, the industry in Tanzania has gained a reprieve to prove that it can produce treated poles of a high quality.
The Tanzanian power utility, TANESCO, recently decided to cancel the tenders it had already awarded for wooden treated poles, citing concerns about quality, and reissue the tenders asking for alternatives  instead.
This move was a huge knock for our industry. However, it rallied, to address the challenge. Under the umbrella non-profit organisation African Forestry, which represents forestry-related stakeholders in Tanzania, the industry attended a series of meetings to diagnose the problem and commit to implementing solutions.
A meeting with TANESCO followed on 1 December, and an agreement was reached. The power parastatal committed to holding off on its switch until 2019, and said it might review its decision to switch in 2019, if it was satisfied about the quality of wooden treated poles.
The industry acknowledges that there are quality control issues, and that more oversight and control is needed. However, one of the key challenges concerns the standards prescribed by TANESCO. These are out of date – they are of lower specifications than the South African standards, requiring less preservative – and have also been incorrectly interpreted. These factors contribute to early pole failure.
The agreement with TANESCO included that there is a need for a quality control system, preferably using a third party for audits. African Forestry will organise a workshop early in the new year to share knowledge and challenges, and agree on a quality control implementation plan within the industry.
In another key step, an oversight committee will be formed to oversee the action plan. This committee will comprise representatives of TANESCO or the country’s Rural Energy Agency; African Forestry; academics and Telecom companies.
The agreement is crucial for the future of the wooden pole treatment industry in Tanzania, which could have an extremely bright future. According to a Private Forestry Programme report, Tanzania’s electrification programme is one of the biggest in Africa, and the market for poles is expected to exceed 200 000 pieces annually, growing to 400 000 by 2020. The advantages of wooden poles include that these can be sourced locally, unlike the alternatives, which creates industry and jobs within Tanzania. Forestry also helps to reduce the country’s carbon footprint.
Dolphin Bay has helped to facilitate some of the industry meetings in Tanzania, and remains a concerned and involved party in the move towards improved quality.  “We take the issue of quality produce extremely seriously,” says Bertus. “We want our customers to produce quality wooden treated poles, and for their customers to be happy, because we firmly believe in sustainability
“We are impressed with the industry in Tanzania, for addressing the challenges in a committed and responsible way, and will continue doing all we can to aid this process.”