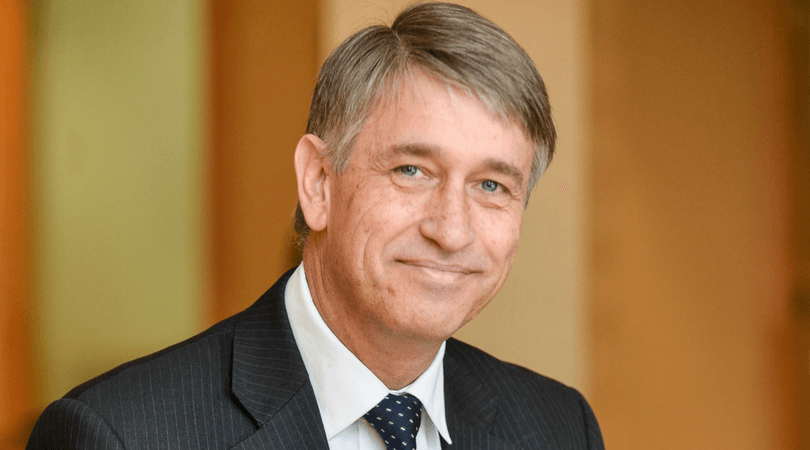 DENNIS DYKES ON THE PROSPECT OF GLOBAL RECESSION

The chance of a global recession in the next 18 months has risen from 15% last year to 30% this year, which means it remains a possibility rather than a probability.

However, the dangers “will certainly start rising once we get into 2020,” said Nedbank Chief Economist Dennis Dykes, speaking to the Dolphin Bay Brief shortly after his return from a gathering in New York of economists from around the world.

A mini-survey revealed that the economists expected the global economy to be fairly well supported until the end of 2019, Dennis said.

Nevertheless, there are a variety of possible triggers for a global recession and these “could come out of left field,” given the unpredictability of developments such as US President Donald Trump “running policy on Twitter”.

A global recession would mean the equivalent of someone with a compromised immune system getting tuberculosis.

The announcement was clearly a decision of the ANC National Executive Committee and “gives us a sense of where the real power lies,” Dennis said.

“President Ramaphosa is a process person, and we would have anticipated finishing the public participation process first,” said Dennis. “The announcement was politically expedient and massively populist. We don’t know what changes will be proposed, but the announcement will be very badly received, and makes it difficult to make a good case for investment.”

On the international front, the US housing market, which triggered a global recession in 2008, is unlikely to trigger another one soon. At the time, banks in the US, UK, Germany and other countries were lending on an unprecedented scale, with very thin capital. Lending requirements have shot up with the resolutions of Basel III being fully implemented.

“In South Africa, the capital of banks has increased significantly, and in those countries most affected by the 2008 crisis, exponentially,” said Dennis. “Banks are safer than they ever have been, and the housing market is much less vulnerable.”

However, a very large proportion of lending has shifted from banks to a shadow banking system, in which a host of organisations with access to funds are offering loans. The upshot is that debt has in fact risen significantly over the last decade. “It’s bizarre – you close and lock one door, keep interest rates really low for a decade, and the money pops out somewhere else,” observed Dennis.

The big danger is that the central banks are starting to withdraw their liquidity and interest rates are rising in the US, UK, Europe, and perhaps soon Japan, all on these elevated debt levels.

“This is the liquidity that has been going into the Amazons of this world and then out into the broader corporate sector. We will start to see whether we have been living in a fool’s paradise,” said Dennis.

Another possible trigger for a global recession could be high-tech stocks falling out of favour, as happened to Facebook recently. “If this spread to other tech stars, it could trigger a very quick change, although it won’t necessarily happen because they are all very different,” said Dennis.

A global recession would hit commodity prices, which would mean less cash income and earnings growth for companies.

The unanticipated consequences of the tariff wars also pose a large threat. To give an indication of the possible repercussions, US President Donald Trump’s tariff on Canadian wood led to timber prices going “through the roof” – by more than the tariff, in fact – affecting the cost of housing, packaging and other sectors in the US.

Should trade wars grow to the point that trading volumes collapse, a world recession could well follow. Many models estimate that the trade wars will lead to only a slight reduction in the GDP, but Dennis thinks these estimates are “wildly optimistic, as there are so many effects, including consumer confidence, which they do not pick up sufficiently.

“A global recession triggered by trade protectionism would be very negative for emerging economies, as they are very open,” he said.

Following a global upswing, South Africa typically experiences a cycle of commodity prices rising, money flowing into the country, interest rates decreasing and people starting to borrow substantially on credit. Companies respond to local demand, and at the end of the cycle, start investing strongly.

Then the global economy slows, commodity prices sink and the cycle turns. “What has happened now is that South Africa has skipped a whole lot of steps,” Dennis said. “The global economy has improved, and local interest rates have been relatively low, but we haven’t seen credit rising by much. In one way, that makes us a little less vulnerable than in previous economic upswings, where increased debt combined with rising interest rates hits the household sector at the end of the cycle.

“But, by the same token, we have seen no employment growth, and the little we have seen has been in the public, not private sector. We also haven’t seen any investment response, because domestic demand has been incredibly weak.”

For South Africa now, a global recession would mean the equivalent of someone with a compromised immune system getting tuberculosis. “We would be hit harder than many countries. This is because a global recession would hit commodity prices, which would mean even less cash income and earnings growth for companies. The Rand would come under pressure, and our export volumes would be low.”

The recovery that occurred after the 2008 crisis is unlikely to be repeated. At the time, there was a massive response by the central banks, which slashed their interest rates. China reflated its economy, starting to import commodities on a large scale as it put huge infrastructure programmes in place. Other economies followed suit, and emerging economies were favoured.

Would-be-investors in South Africa face a raft of prohibitions, including the insecurity of property rights, labour regulations and BBBEE codes.

Much higher levels of public debt, including in China, would make it difficult to perform the same trick, to the same degree, again.

Cyril Ramaphosa has pledged to raise $100bn in foreign direct investment (FDI) over the next 5 years and hopes for his success have risen following China’s recent promises of investments. However, while welcome, this is “not a game-changer”, said Dennis.

“Some of this investment is for existing Eskom projects, not just FDI in new greenfield investments, which would see new factories being built and jobs created. The Chinese will also expect to get their money back. We don’t know the conditions attached yet, but this is not a charitable move, and we have to take it with a pinch of salt. For them, this investment is small change, but will score them big political points.”

Dennis does not believe that the Chinese “investment” will be supplemented by others from the private sector in the near future.  Would-be-investors in South Africa face a raft of prohibitions, including the insecurity of property rights, labour regulations and BBBEE codes.

“Most countries have rolled out the carpet for investors, which is what we should be doing. Instead, we have such onerous conditions in place that it is sometimes amazing if people do invest – particularly because the requirements might go up in time.”

Nedbank does a bi-annual survey of capital expenditure announced in the financial and technical press. In the first half of 2018, this was close to the lowest levels in two decades. Investment in mining and agriculture, previously top growth areas, has fallen away completely. Renewable energy is the only sector with signs of life, and these projects were originally announced in 2015.

The South African economy contracted by 2.2% in the first quarter, and in the second there is a possibility of another, smaller decline, while what ratings agencies want to see is growth.

“Basically, what is needed is a policy environment favourable to investors, so that we can have sustainable economic growth and jobs growth,” said Dennis. “We should be rolling out the red carpet to investors, making sure they are comfortable.

“Hopefully, if the socio-political environment starts calming down after the elections, things will change. Ramaphosa needs some kind of personal mandate to move forward with his own set of policies, and he needs to establish control over his party.

“But if he can’t do that, we’re not going to see the investment, jobs and growth that we need.”